An Analysis Of Gwen Shamblin's "Essence Of God" Statement 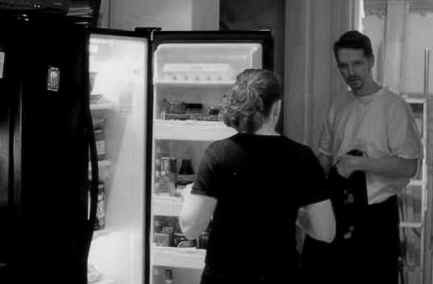 This is one of the shortest sections of Shamblin’s teaching in this document but is one of the most important to carefully study. Both this section and the next one (“Equal In Power”) provide enormous insight into the mindset of Shamblin and the nature of her heretical teaching. Close attention here is strongly recommended.

In addition, one of the most major foundational teachings in the Word of God is that Jesus lived to do the will of the Father and that when Jesus and God did not have the same will (as in the Garden of Gethsemane), Jesus said, “May this cup be taken from me, yet not as I will but as you will.” (Matthew 26:39) This foundational teaching is a huge concept of submission that would be eradicated by the trinity doctrine, for in that doctrine, God would be talking to Himself, saying: “not my will but my will be done”! No!

In an interesting though certainly unintended admission, Shamblin observes that her “concept of submission” - drawn straight from her “authority line” teaching - would be null and void if the Trinity doctrine was left to stand. It’s another insight we gain that brings the abstract dimensions of her attack on the doctrine down home to earth. Her typically contrived objection (“God would be talking to Himself ..”) offers no real answer to the problem it poses for her: it’s just more restating of a supposedly devastating question she asks which again shows she simply doesn’t understand what the doctrine teaches about the Godhead. The only way her objection can be understood is in the context of her relational “authority line” teaching that uses her misunderstanding of the Trinity doctrine. In her view, the heartbreaking cry of Jesus recorded in Matthew 26:39 would be meaningless if Jesus, God forbid, was somehow viewed as God. It was a sign of Jesus’ submission to the Father, which, in Shamblin’s view automatically demonstrates that He and the Father were not Triune in spiritual nature at all and that they were indeed two separate beings.

A 2001 interview with Shamblin provided a key insight into the experiential and pragmatic reasoning that actually drives her antitrinitarian thought that bears repeating here:

.. Observers expressed the hope that Shamblin, who has had no theological training, simply didn't realize that her view of the Trinity amounted to heresy.  Shamblin says that she meant exactly what she said.  "There is a hierarchy, absolutely," she told me.  "Look at Jesus on the Cross.  Who did he cry out to when he said, `My God, my God, why have you forsaken me'--himself?"  Indeed, the inequality of God and Jesus is the basis of the Weigh Down philosophy: "The only way that I could talk people into not going into the pantry at ten o'clock at night was to help them see that even God's son was so humble and knew that God was so great, and that we are to follow him."  (10)

I am always amazed by how much we learn about Shamblin’s heresy when I read this. Shamblin freely admits that for her to “talk people” out of midnight raids on their icebox within the religious context of her Weigh Down program’s version of Christianity, she drew upon her views about God to do so. To keep her flock from wandering back into “the desert” of a Frigidaire, she equated her views on Christ’s submission to God drawn from her misinterpretations of Scripture as the pattern for her straight and narrow Weigh Down path. Therefore, we can see another very practical reason as to why Gwen cannot abide the Trinity doctrine: it’s bad for business. She can’t have her Weigh Down flock listening to growls all day long and not have some spiritual ace in the hole to help keep them in bed away from leftovers and undercutting their regimen.

So, in keeping with her on-the-fly theological formulation, which greatly deepened as she entered into new WDW product development in the late 1990’s, she made her views of God and His Son the ground zero for her evolving thought. This conviction became more and more central to Shamblin’s WDW philosophy and likely stemmed from her latent confusion and/or rejection of the doctrine of the Trinity. We can only speculate at this time as to how she arrived at this conclusion, but one thing is certain: many ex-WDW and ex-RF members have mentioned that they recognized very subtle changes in the content of Shamblin’s next major product line addition, the Exodus series that centered around her “authority line” emphasis and how it practically applied to them.

It was her renewed focus on a perceived inferiority in both the person and authority of Jesus to His Father’s glory that was made a foundational assumption in the product line’s curricula. The implications drawn from that by Shamblin were made abundantly clear as her “authority line” teachings were expanded upon in her lifestyle and spirituality direction. That in turn completely changed her vision and direction toward the intrusive and then, the abusive. Thus we see again the fulfillment of 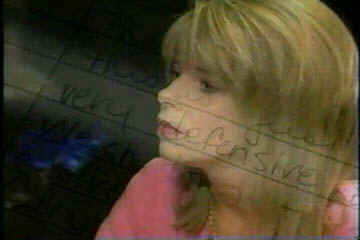 a time-honored truth seen again and again in Christian circles since the time of the apostles: bad theology always results in bad practice. And it is the “authority line” tradition that RF has honed into a powerfully coercive and manipulative form of control over its members that has warped their lives as well as the non RF family and friends who have seen them turn their backs on them.

There are two separate wills and two separate minds to the point that Jesus admitted that only the Father would know the exact time and date of Judgment Day (Mark 13:32). How can a head keep something from itself? One of the major Salvation statements of Jesus was, “Now this is eternal life: that they may know you, the only True God, and Jesus Christ, whom you have sent” (John 17:3) – not just one of them. The Jews never taught that the Messiah was simply the Father and they never taught that God transformed Himself into other beings. For several thousand centuries, the Jews taught that God was Supreme and that He would send a Son or Messiah. Many 20th century Christians have never thought differently because they did really not know what the “Trinitarian doctrine” teaches. It is now time to find out that “trinity” does not stand for a reference to God, Jesus, and the Holy Spirit; but, rather, stands for a teaching that says God, in the form of Jesus, only existed 33 years here on earth. It is time to look closely at what being a “Trinitarian” implies to the world. I know that it is difficult to question long-standing traditions, but the tradition of the Word has been around much longer than this man-made tradition. Many people quote this creed weekly, many of which do not even comprehend what it is saying and how it goes against the Holy Scriptures.

This study of Gwen’s document gets almost mind-numbingly repetitive. She keeps stating the same tired line of argumentation over and over, restating it as creatively as possible. Let’s address what needs to be examined here without again having to repeat ourselves.

The first thing that strikes me is how finite and small Gwen’s conception of God actually is! It’s always such a tragedy to behold. Because her doctrinal biases cannot and will not consider the clear Biblical revelation of God’s essential unity in the Triune Godhead, she has to resort to fanciful suppositions in her reasoning about how Christians understand it. She paints word pictures of two headed gods, a confused Creator speaking to himself and other such figureheads of folly. As usual, Shamblin again misrepresents what the Trinity doctrine teaches and makes such unjustifiable assumptions to push along her skewed argument. When she makes a comment on the wills of God and Christ and “how can a head keep something from itself”, it illuminates her own confusion and misunderstanding of the Biblical roots of the doctrine. When she declares that “God transformed himself into other beings” and that “in the form of Jesus, only existed 33 years here on the earth,” she is once again betraying her fundamental misunderstanding of the Trinity doctrine, which doesn’t teach any of these things at all.

There is one fleeting point of agreement we can have with her here. While it is true that many Christians don’t fully understand the doctrine of the Trinity, that in no way invalidates what orthodox Christianity has established since the days of the Apostles. The Biblical, historical and philosophical evidence we’ve presented about the nature of the Triune Godhead has forever repudiated the defiant rejection Shamblin walks in. Simply because there are many Christian believers who don’t understand the Triune fellowship of Father, Son and Spirit in no way implies what is known and understood of them somehow is automatically suspect. But the doctrine is based upon implicit Biblical truths that are there.

Implicit Biblical truths are those spiritual principles we can draw from the Bible which aren’t specifically spelled out. Shamblin and other antitrintarians love to make much about how the word “Trinity” is not in the Bible. For example, how does one know that God is love? The Bible says so in 1 John 4:8. But love is an expression of utmost care, concern and compassion for another. We may see that in the life of Jesus as he divinely loved others in his life and who he traveled among. But that was then – how do we know today? John 3:16-18 is famously clear on that: 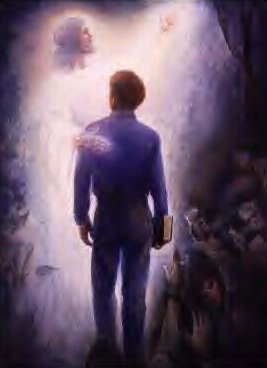 I am a part of the world that God loved so much He sent Jesus to save it. As the pithy old proverb goes, I am a “whosoever.” I am  also one of those whose existence is implied and presupposed in that term. Is the name Rafael Martinez anywhere found in John 3:16? Or Gwen Shamblin? Or Adam Brooks? Or Tedd Anger? No, but we are all clearly loved by God since we are part of that world He knew from eternity past would some day exist and Jesus, His Son, would become its Savior.  I am also one of those to whom John 11:25-26 was clearly pointed towards:

I know that because I am personally committed by an active faith and a steadfast belief and lifestyle centered around the exaltation of the Lordship of Jesus that His resurrection power flows in me, though not in totality as of yet. But was my name mentioned here as being personally assured that this applies to me? No, but implicit in Jesus’ promise is my salvation – as for all mankind. This is what “implicit truth” is, and the Triune revelation of Jesus as God and the Spirit as no less divine and personal is there for all who are willing to receive it. It is implicit in the verses we’ve looked at when considered in full context. This is something Gwen Shamblin seems to be either unwilling or unable to do, to her great shame and folly.

Gwen Shamblin clearly cannot abide what the Bible teaches since it demolishes her WDW philosophy and robs her of the Bible hammer she uses to reinforce the behavior patterns her flock is meant to emulate (and in so doing, lose weight and diminish the impact of carnal habits). So her only recourse is to twist Scripture and ignore selectively what she not only doesn’t understand but what she sees as detrimental to her bottom line as well as her church’s growth. This is the “message” she is burning the midnight oil to lead undiscerning Christians into, but certainly not through.

Go To The Next Article      Back To The Spiritwatch Home Page