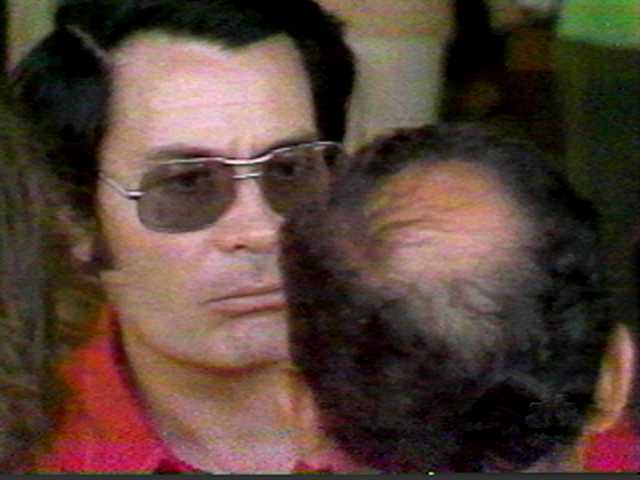 In our last article, we discussed seven elements of a cultic group, and the fact that many skeptics and critics of Christianity itself, including cult apologists themselves, often pointedly observe that the Christian Church itself is guilty of perpetrating the same type of practices. This charge scandalizes many church going people and church leaders and is viewed as persecution and unfair demonizing of their faith. However, after years of being in the ministry and witnessing how many church leaders and churches have gone astray and turned into full blown cults themselves, I would readily conceded that this is a criticism that cannot be easily dismissed. Indeed, the Church has been guilty of hideous outrages abuses that have been no different from those committed by cultic group themselves.

There is no shortages of testimonials from survivors of cultic churches and authoritarian "Christian" fellowships who have been drawn into the spiritual morass that abusive spirituality has created in far too many places around the world. Our Spiritwatch section on "Religious Abuse" is dedicated to a fuller discussion of this sad issue. However, when such abominations have occurred among those professing to be Christians, their abuse of spiritual authority should rightly be decried as such and should be immediately and forcefully condemned and corrected by the Christian Church when they occur - and not several decades or millenia later.

Cultic mind control is not rocket science, although its workings baffle many. It is a form of socialization that is used to control the behavior of others by the control of their thought. It becomes puzzling because it is a dynamic of social control that can be resorted to by any leader wanting to consolidate their authority over those who follow them. No matter what the creed, as has been well said, it's the deed that become the litmus test. Both Christians who sadly let their fleshly mindset control them as well as nonbelievers  with a real lust for power have readily employed mind control techniques among those around them, sharing these same kind of social patterns which translate within any given human spirituality, psychology or philosophy.

The mechanisms of cult mind control are employed by cultic belief systems, whether Christian or not, as a well-intended form of social leverage meant to compel change and transformation for the good of those so controlled. The desire is to lead men and women into embracing a standard of lifestyle that is supposedly and unquestionably positive, even if the pressure to do so can take forms of "encouragement" that are abusive, manipulative and even destructive.

There are however, from a Christian perspective, two major points of difference between cultic mind control and Christian persuasion. They involve divinely bestowed love and the Christian liberty of conscience.

First of all, the manipulative social dynamic of cultic mind control  is countered by authentic and divinely bestowed love as expressed in the lives of truly transformed people who are genuinely striving to be disciples of Jesus Christ (John 15:7-10, Romans 5:5 and Jude 20-23). The love of God that soundly redeemed believers radiate is not some contrived work-up of emotion. It is not a self-generated sentiment nor is it a product of even the best sustainable human intention.  Truly God-sent love is an abiding and enduring quality of His character which becomes evident in the life of the believer as they care for those around them. It comes through the power and presence of God the Holy Spirit who dwells in the Christian. And it is most elegantly and concisely described in 1 Corinthians 13: verses 4-7 -

Love is patient, love is kind. It does not envy, it does not boast, it is not proud. It does not dishonor others, it is not self- seeking, it is not easily angered, it keeps no record of wrongs. Love does not delight in evil but rejoices with the truth. It always protects, always trusts, always hopes, always perseveres.

This quality of love stands in the starkest contrast to the feigned and abusive socializing evident in the lifestyle of cult members and cult groups. At their best, their kindness and pleasantry is a product of applied human personality and effort. The influence this kind of human love can achieve is a variant of social engineering that personal and group agendas pursued in cultic movements will readily exploit.  In short, human love has its limits and it can be easily turned to disdain, hostility and even hatred when tested and tried by those who pull its chains. But genuine Christian love, sincere compassion and the earnest desire to serve selflessly makes no such demands upon those it seeks to love and care for. The obscene obsession with using love to control and compel others to do as you want them is central to cultic mind control but is alien to Christian faith.

Even Christian persuasion itself must be tempered with complete respect for the choices of others, even with the tension of disagreement and even contention over a variety of issues. Dialogue that is done in a spirit of familial concern for one another (as 1 Timothy 5:1-2 so beautifully illustrates) should be the norm when such tensions arise.  Cult groups whose cohesion relies upon mind control can only roughly approximate, although very cunningly and convincingly, this kind of interaction. In the end, void of Godly and Spirit-generated love, cults can and will resort to threats and intimidation to demand compliance out of others around them.

And secondly, abusive groups and churches driven by cultic mind control will radically differ from authentic Christianity in the key area of freedom of thought and conscience. The powerfully effective and often dysfunctional transformation that these groups bring to bear upon their members has been tragically beheld by many millions of dismayed family members. They have experienced the personal cost of cultic mind control when they find loved ones changing before their very eyes as a result of the pervasive indoctrination they have been placed under. Such indoctrination implants a new set of values and worldview that the cult imparts to them.

But unlike cults, Biblically founded Christianity allows individual believers freedom of conscience and thought in areas of personal spirituality, with Romans 14:5 and Galatians 5:4-5 are among many New Testament mandates for such freedom. Such freedom is perhaps one of the reasons why so many Christian denominations exist today, but it is vital to remember that virtually all of these various bodies are in full agreement, a true unity of the Spirit (2 Corinthians 4:1-2); on the basics of Christian doctrine such as the Divinity of Christ, essentials that are nonnegotiable and binding upon all real Christians. These doctrinal foundations have been the source of inspiration for many new church movements, denominations and church bodies which have found their freedom to express their faith in any form they choose.

Despite all of their claims to the contrary, however cults have no such unity in diversity, but rather a rigid conformity to an accepted code of cultic conduct achieved through its domineering authoritarianism. This kind of naked domination is widely used by scores of controlling and abusive organizations. No matter what the theological or philosophical bent of the group, one or more components of cultic mind control can be found. While we recognize the controversy over such a seemingly dramatic concept, we are convinced that this is an often overlooked and ignored reality that is responsible for much of the abuse and inner trauma that deceptive groups inflict upon their members as they strive to impose their collective control over them. This smothering conformity is enforced through an unethical and coercive form of manipulative socialization designed at controlling thought, and hence behavior.

Three of the major characteristics of cult mind control can be briefly described through three broad generalizations:

Exclusivism
The cult's unceasing effort to instill in it's followers a desire for something promised to them by the group. The cult maintains that power, spiritual highs, fulfillment or salvation are available only through them and only offered to true believers. No one else can offer to the cultist what the cult supposedly has, and the cult's question posed to struggling cultists is often a rephrasing of the thought "well, brother, where else can you go?" (cp. 1 Corinthians 1:11-12)
A Totalitarian Worldview
The cult's own view of itself and the world outside of it that it promotes constantly as the way to view reality. It is designed to enhance the group's identity and reinforce the stated (and unstated) goals and welfare of the group above the individual's needs. Simply put, it fosters a "we-versus-they" mentality in cult member's minds, the cult's "good guys" versus the Satanic "bad guys" outside the group (cp. John 9:28-29).
Alienation
The cult group's active encouragement of it's members to separate from family, friends and society in general to avoid being led astray from the cult's own tightly closed circle of social interaction. Independent thinking is seen as sinful and the group's collective totalitarian worldview is exalted as the only godly way to both think and act (cp. Jude 19).

All of these social dynamics can be seen in other active groups locally and globally. These are three of a list of 10 characteristic marks of cult mind control which are among the most effective means that cults have at their disposal to bring about an unholy devotion within the hearts and minds of their new converts. It seems so difficult to believe, but this Satanically inspired bondage (2 Corinthians 4:3-4, 2 Timothy 2:25-26) is what can turn responsible men and women into flaming evangelists of their cause, intellectual philosophers, meditating mystics and pliant sex toys.

As we have seen, Dr. Martin makes this all too sobering point: virtually anyone can be snared by cult bondage under the right circumstances. This is not a problem confined to the uneducated, the emotional fanatic, and the weak minded (or "those people" as we often hear in conversation). Go to any cult fellowship, and one will find represented people from all walks of life (from dishwashers to lawyers) who, more than likely, were at one time dedicated and active church members.

Jesus' warning in Matthew 24:4 was not lightly given. He knew that many of His flock would be deceived in the last days. And far too many of these have been hoodwinked by the power of persuasive men who have convinced followers to consign their thinking over to their power exclusively.