The Difference Between A "Personal Attack" And "Discernment" 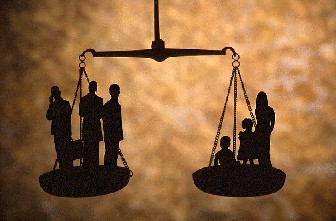 Whatever you think a "personal attack" is, it clearly cannot be naively equated with the naming of names. If it were, Paul would have been sinfully out of line when he told Timothy:

"Among them [who have rejected the faith and a good conscience] are Hymenaeus and Alexander, whom I have handed over to Satan to be taught not to blaspheme."
(1 Tim 1:20, NIV; see 2 Tim 4:14).

But did not Jesus say, "Do not judge, or you too will be judged" (Matt 7:1)? Sure! But whatever that Scripture means can’t be in contradiction with what Paul told the Corinthians:

In fact, Luke’s version of Jesus’ instruction is quite clear: "Do not judge, and you will not be judged. Do not condemn, and you will not be condemned" (Luke 6:37). What Jesus prohibited is an unreasonable, hypocritical, and unjust type of judging that includes condemnation.

What can we then say? In one sense of the word, "judging" is something that conscientious believers are commanded to do. We are instructed to evaluate doctrines and practices by God’s standards, looking beyond the outward appearance.

Too often, the "success" of a ministry gets measured in terms that are not spiritual or biblical, but quite worldly (like cash flow and attendance). But we should not evaluate by these standards.

The believers at Berea are positive role models of the kind of "judging" that we are to undertake:

"Now the Bereans were of more noble character than the Thessalonians, for they received the message with great eagerness and examined the Scriptures every day to see if what Paul said was true. Many of the Jews believed, as did also a number of prominent Greek women and many Greek men" (Acts 17:11-12).

Look at the fruit of the Bereans' examination of the Scriptures and their using what they read to evaluate Paul's proclamation: people were saved!

Those who say that the act of judging always quenches the Spirit need to take a closer look at what the Bible really teaches. "Personal attacks"? No! "Weighing every matter"? Yes!

A few years ago, a popular question circulated among Evangelicals for years enjoyed a brief resurgence in Evangelical marketing: "what would Jesus do?"   That's a good question to consider when it comes to judging teachers and teachings and in the naming of names: we think Jesus' words in John 7:24 should be seriously reconsidered by all who think "judging" is somehow the second unforgivable sin that "speaks death" on other Christians:

"Stop judging by mere appearances, and make a right judgment."

To sum up: God’s Spirit instructs (and helps) us to have a judicious mind without having a judgmental, condemning spirit. Let's not settle for anything less!