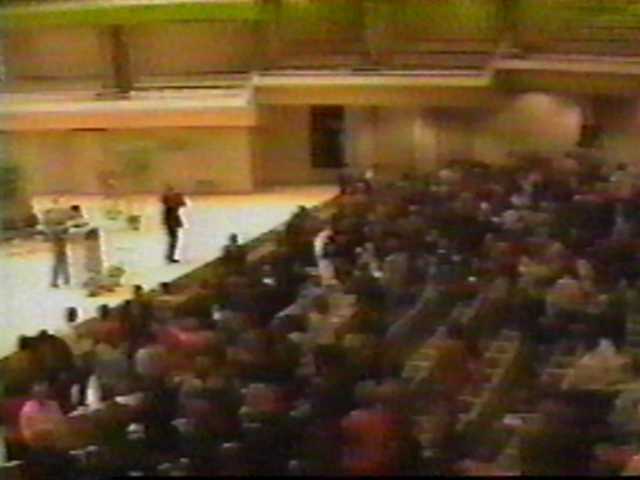 There's a new and almost unknown cultic group in America, and it's growing at a tremendous rate. This cult demands the serious attention of any Christian college group - indeed the entire Christian church - because their rapid growth is taking affect solely as a result of their campus ministries. Their evangelists are very knowledgeable of the Bible, and constantly refer to it as their final authority, making it very easy for the world-weary Christian to be receive them as fellow believers. Their national headquarters is located in Boston, Massachusetts, where the US movement began. It is called the "Boston Church of Christ," part of the International Church of Christ movement.

Affiliated regional churches across the nation begin with the name of their respective city. Examples include the "Chicago Church of Christ" and the "Detroit Church of Christ." but can also include much more exclusively titled examples such as the "Knoxville Church", as found here in East Tennessee.   Their strong claim of non-denominationalism, in conjunction with the fact that there are many other mainstream Churches of Christ who are also non-denominational helps to confuse the issue even further. But one way of discerning them   is to take advantage of their desire for a low profile: they hold their Sunday services in rented church buildings, often moving from time to time. Also, the preface page of their hymn book lists the "Boston Church of Christ" as the publisher.

Why then should this group be viewed as cultic?

The International Churches of Christ, previously known as the Boston Movement, or Boston Church of Christ, has its roots in the Crossroads Movement of the 1960s and 70s, a rapidly growing, but controversial movement based in Gainesville, Florida. Crossroads was a traditional Church of Christ, but it introduced what has become known as "shepherding" or "discipling" methods in it's educational program. These discipling and shepherding practices involved manipulative forms of religious indoctrination that were at best highly questionable and at worst were outright examples of religious abuse. There were many complaints of excessive control in the lives of members and other abuses of authority that became too widespread and  too public to ignore.

Kip McKean was converted in 1972 and later trained for ministry at Crossroads. After being fired from a traditional Church of Christ in the late 70s, McKean moved to Lexington, Massachusetts and started the Boston Church of Christ. Applying the discipling techniques McKean had learned at Crossroads, the Boston church grew rapidly. McKean claims that in the early 1980s God put on his heart "a plan to evangelize the world". The plan McKean formulated is based upon one simple and draconian principle: the demand for absolute submission without question to someone higher ranked in the church for their own good. A pyramidal leadership hierarchy forms a clearly define power structure headed - on the local level - by their church evangelist. After persuading the person to "fess up" to their sins during the recruitment process, they would use when felt necessary whatever personal information they gathered from them both formally and informally to compel the person into compliance with their wishes. A member who dares to questions these leaders or their dictates are branded as weak spiritually and threatened with eternal damnation. Leaders would also make heavy use of scare tactics to ensure obedience, giving intrusive orders on how members should act that have nothing to do with spiritual matters.

The Boston Church of Christ began "planting" other churches around the world, quietly using this same process of manipulative recruitment, and it became known as the Boston Movement. (McKean and other Boston Movement leaders distanced themselves from the controversial Crossroads church, in spite of the many similarities in methodology -- and results.) The movement was given the name International Churches of Christ after church leadership and administration had moved to Los Angeles in the early 1990s. It currently is enjoying phenomenal growth is one of the fastest growing spiritual movements in Western civilization.

Things The ICC Won't Tell You 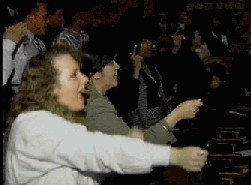 You may be  enrolled  at a major university or educational  institution and have encountered the invitations to learn about the "cutting edge" that God is calling you to join. Perhaps you've been approached by young, attractive and energetic men and women who have invited you on a journey of discovery and fulfillment within the Boston movement. Maybe you've been attending "Bible talks" or high-energy worship services on a regular basis and are being confronted with a vision and mission for life you've never seen before that seems genuinely appealing. The friendships and opportunities for wholesome Christian  fellowship is certainly a positive alternative to the sex, drugs and rock n' roll party scene of campus social life. Their structure, passion and conviction may well be the most compelling spiritual enterprise you have ever seen in sharp contrast to the stiff, formal and perhaps hypocritical church circles you may have been  in. However, if you are considering joining the International Churches of Christ as part of a new spiritual quest, there are some important things to consider before becoming a member of this controversial group.

The Boston movement claims to have planted 175 churches in 70 countries with over 70,000 members worldwide. However, the rapid growth tells only one side of the story. For every three people who join the church, two leave. In 1994 alone 20,000 people left the Movement. Of even greater concern are the complaints of ex-members: that they have been spiritually abused, that they've been caught up in a legalistic works mentality that has robbed them of their freedom in Christ, and that the church has sapped them of all of their time and money. Eyewitness accounts of many ex-members have provided ample testimony to the personal chaos, disruption, and devastation that their willing participation with the group has wrought upon them. 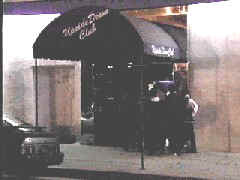 The ICC uses deceptive recruitment practices and only tells prospective members what they are "ready to know" at the time. As a result, the full picture is hidden, and it is impossible to make a truly informed decision about the church without seeking outside information. Since most of the ICC's target audience are college age Generation X'ers and the youngest of the Baby Boomer age group, most ICC recruiters can be found canvassing prospective members in colleges across the nation. Bible studies are not the only venue the organization has created to draw prospects: social events on and off campus, service projects in the community, and even centers like the ICC-operated Upside Down Club chain, nightclubs where "good clean" socializing is made available to all comers. Once there, ICC members will approach newcomers and shower them lavish attention and positive regard. However, a long standing - and unwritten - policy among ICC leadership is to instruct church members and recruiters to avoid bringing up any reference to their identity with prospects when greeting them at this time. This highly questionable practice continues to this day, with ICC recruiters identifying themselves with harmless sounding names like "Christians In Action," if at all.

Fundamental to all of these are relationships struck up by ICC recruiters and membership is that they are agenda-driven, at the expense of the prospect, who is usually completely unaware of the largely superficial nature of the positive regard they enjoy. Former ICC leader Scott Deal explains how shallow these seemingly "deep" friendships really are: "once you get them into the activity, you find out who's a little bit interested. Then you start becoming their best friend. That was the whole idea. We teach people that you need to get in there and become that person's best friend .. Liking them had nothing to do with it. And also doing it carefully enough where they don't alarm their parents. And if we ever met parents, we try coming off as innocuous and as harmless and as typical as the church on the street."(Fifth Estate, Canadian Broadcasting Corporation, December 15, 1993).  This is a technique called "love bombing" which virtually all cultic groups use to attract and hold prospects, and is a part of what is known as cultic mind control.

You are not told that the movement teaches that one must go through a process of "Counting the Cost" before becoming a baptized ICC member, and hence a "Christian." But you may find it hard to "count the cost", because you may have not been told what the true costs of membership are. You may not have been told that every member must have a "discipler", a person they to whom they confess all sins, and get advice about any major life decisions, including how much money to give to the church. You may not have been told that you will never be allowed to attend a church service at a non-ICC church again since "all other churches are preaching lies." Despite any professions of faith you may have made in the past, you must  willingly be rebaptized under ICC direction and authority before you can actually be said to be saved, since only then can you have truly experienced baptismal regeneration (salvation through water baptism). You may not have been told about the extreme control the church exercises over dating relationships. Not only are members only allowed to date other members, but couples cannot "go steady" without permission of leadership, and no one can get married without permission of the church.

You may not have been told that if the church asks you to relocate to start up another church, you will be expected to go. If your leaders ask you to do something, it is considered God’s will. You may not have been told that if your family or friends do not approve of the church, you may be asked to cut off contact with them. You may not have been told that you may be subject to "breaking sessions" should you show signs of independent thinking and question the church's authority, even if it is legitimate.These sessions involve several hours of intensive, personal verbal abuse by both your discipler and/or a group of local ICC leaders aimed at breaking your "rebellion" from the system, ending with your composition of a long confession of sin, and even the compilation of a detailed self-analytical written list of them. You are also not told what you will face if you leave the church -- the fear of   leaving the church, since it is the same thing as leaving God, and the shame and rejection you will be subject to should you leave, since all your ICC social circle will consider you a non-Christian "Satan," one to be shunned by church members, including your friends in the church. This abusive atmosphere has been so destructive and traumatizing that many universities throughout North America have actually banned ICC groups from recruiting on campus. Vanderbilt University in Nashville has taken this step, but the University of Tennessee at Knoxville has not.

Needless to say, this manipulative and harmful conduct hardly becomes any professedly Christian organization, and yet this is the harsh, yet real truth behind the Boston Movement. For all its avowedly Christ-centered claims, the ICC's established methodology of recruitment and retention of prospective members - who are usually idealistic and unquestioning college students in search of purpose and fulfillment - is essentially no different from any other cultic group.

For more information on the Boston Movement, visit these excellent links: